Dragons and Card Art and Space Whales, oh my!

A few people here and there have asked what we’ve been up to. The answer is: quite a lot!

We’ve been hard at work on Beasts of Balance Battles, the competitive expansion to Beasts of Balance. To boil it down to one sentence, in the expansion 2-3 players take on different regions of the world, and battle to make theirs the best of them all. It involves new beasts (including some special legendaries), NFC cards that have special effects in app, and a whole new world screen. It’s pretty exciting stuff.

Now that we’ve gotten a few months into production, we thought we’d show you how it’s all shaping up. So, without further ado, here are:

Our new legendaries (think beasts, but waaay more powerful) are getting pretty close to their final form. We’re still fine-tuning those details (especially around potential exciting ‘unlock requirements’), but for now meet the latest versions of:

and Fancyprance the Fabulous Unicorn.

These are still prototypes, so the colours here aren’t quite final, but we are definitely getting there. (And if you want to get your hands on them, you can preorder them here!)

It’s not all about the physical…it’s also about the digital!

Lyall has been working hard beautifying everything Battles – which is quite a lot to beautify. There are the new digital beast designs, the in-app card effects, the look of the guardians (who act as each player’s in-game character), and much much more. To try and capture that all here would be a foolish mission, so instead we’ll give you some screenshots, and a little bit of context: 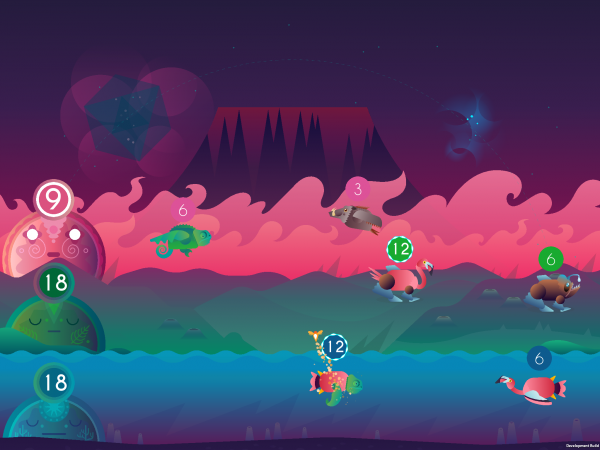 We have the 3 new beasts in the game – Anglerfish, Chameleon and Flamingo! And you can see the guardians on the left-hand side of the screen, ready to battle it out. 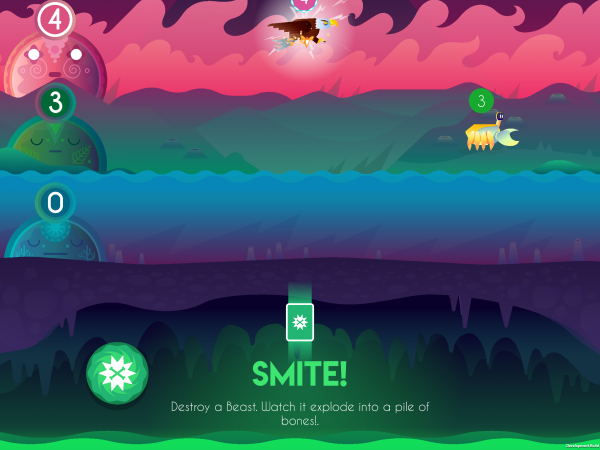 We now also have a shiny new world screen which includes a card cave, where different card powers can be enacted…

It’s not just on-screen work that’s developed – the cards have too. Each card is different and has a cool power that can be used at any point in the game. Check out their final forms below: 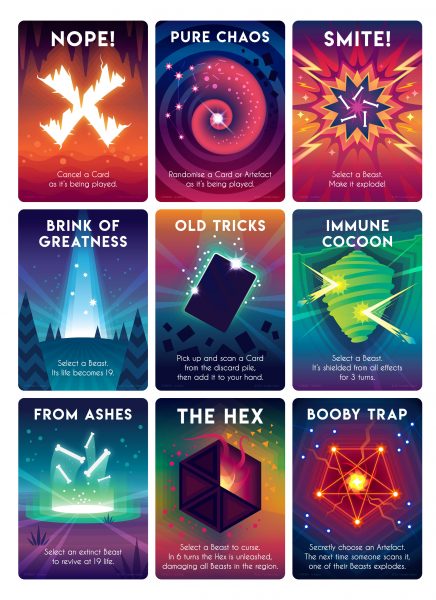 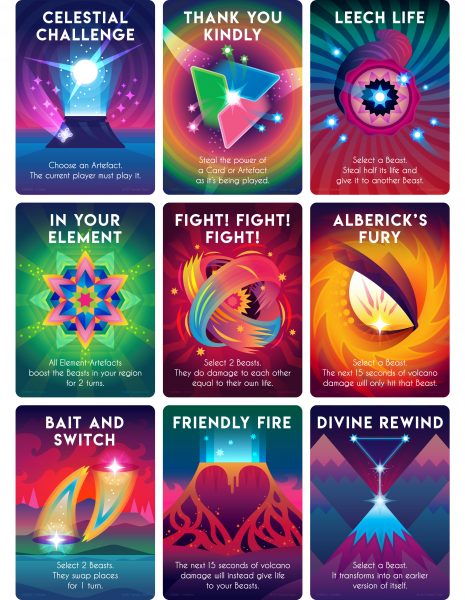 Behind these beautiful cards and screenshots is a lot of development work. A lot. Thanks to Bryan, George and F: 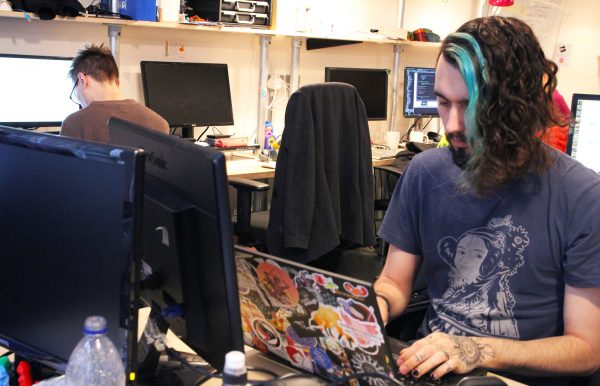 There’s a lot more in the works as well (Tutorial designs! Sound design collaborations! Narrative frameworks!), so if you want to keep up to date on it all, make sure to follow us on Facebook or Twitter.

If you like what you’ve seen here and want to get involved with Battles, we do playtests every Wednesday! If you are kicking about in London and love playing games (and free pizza and drinks!), then sign up to play Battles with us here. We’d love to get as many different people in front of the game as possible. 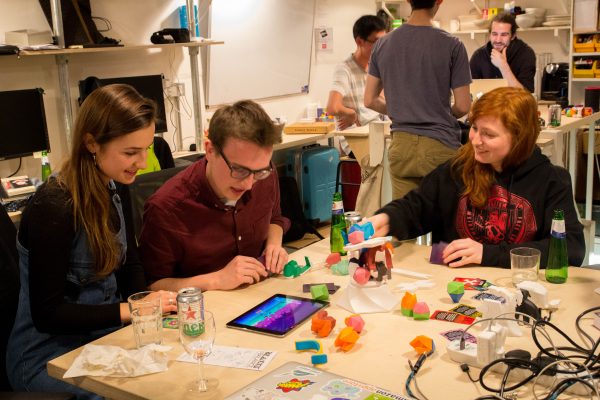 Getting your hands on Battles:

If you like what you’ve seen here but missed the chance to back us on Kickstarter, don’t worry – you can still get Battles in the near future! Preorder Battles now, and you’ll get it before it’s out in retail.