Just to note a couple of new things out there on the wide Internet seas about Fabulous Beasts!

One of the tools Tim Burrell-Saward uses to design and produce Fabulous Beasts’ beasts (and other game pieces) is Autodesk’s Fusion 3D, which lead Autodesk to publish a great profile on the game. Here’s Alex quoted in the piece:

“… this game has the kind of depth of play and sophistication that you can really only achieve with a digital device supporting the gameplay. But it’s not about looking at a screen. It’s about using a screen to enable a social experience with your friends and family. As a person and as a parent, I value that. It’s the kind of game playing I’d like to see a lot more of in the world.”

Another of our technology partners is Unity 3D, who make the fantastic game engine we’re using to run Fabulous Beasts on the connected tablet device. Unity invites developers to write for their website and gave us the chance to submit an article, too. So we wrote about how we’ve set about trying to join physical and digital worlds, and the central role that prototyping and testing takes in everything we do.

For a game that’s made of so many components, we’ve actually managed to ensure that each bit – the technology, the game pieces design, and the screen element – has been able to develop in tandem, allowing us to pretty rapidly iterate. And that has meant we’re able to hold weekly playtest nights on Thursdays at our studio, where we invite people over, eat pizza and drink beer, and play the game. Every week we have a slightly different game, sometimes better, sometimes worse, but we come out from each a little wiser.

Meanwhile, Alex is in California to get ready for Indiecade, which starts tomorrow! If you’re around, please say hi and have a play!

The lead picture is from that same trip, by the way, our shark holidaying in San Francisco: 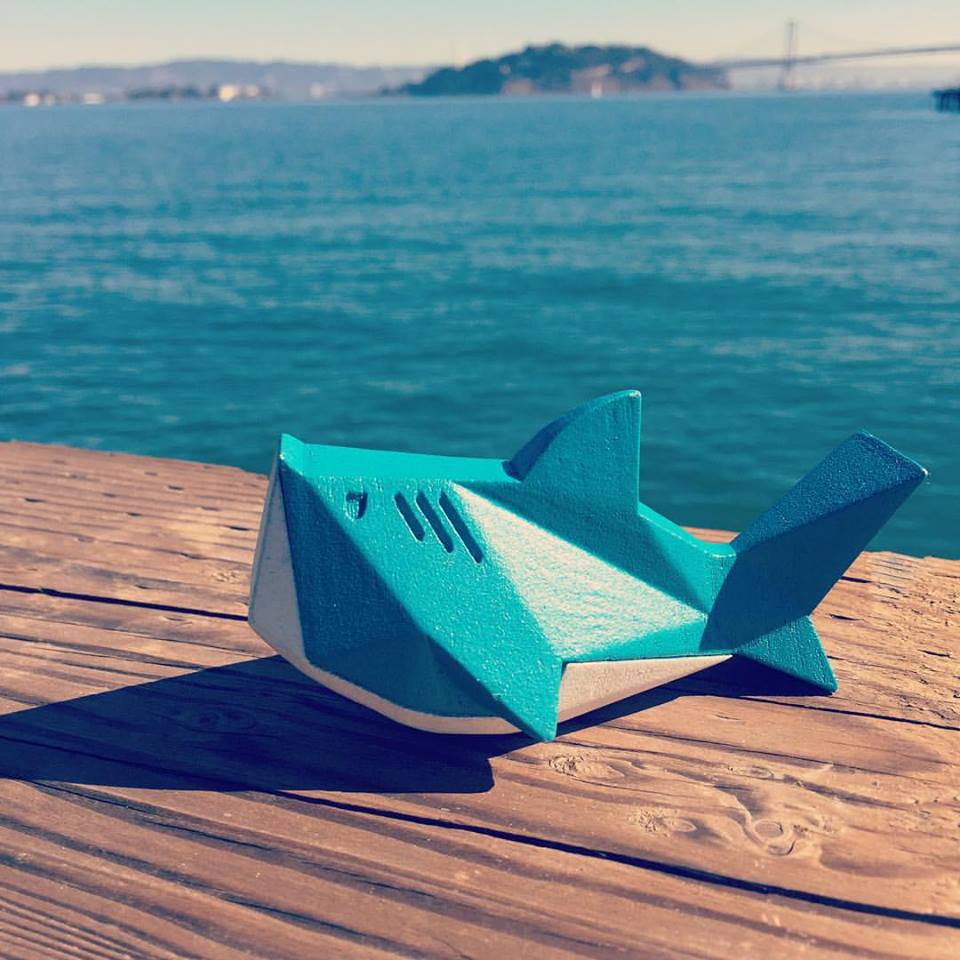