Hot off the design press

We’re on Dezeen! Last week, as well as going out to Gamecity, we also invited into our studio a crew from this fantastic design website (it’s the kind of site that gets shown on the screen of new iPhones during Apple keynotes).

They produced a great video in their Autodesk-supported Future Makers series about the game and how we’re making it, and it features loads of towers falling over as well as glimpses of how the whole team works.

And not only that, we’re also on Fast Co.Design! That was especially nice because writer Meg Miller wrote the following, which confirmed something we’ve been super anxious to achieve:

Fabulous Beasts is not the only game that accomplishes this — games like Skylanders and Disney Infinity also bring physical toys to digital life in similar ways. But these games merely use the physical object as a switch to unlock the more immersive digital world where the game is played out. Fabulous Beasts incorporates the two spheres more seamlessly, allowing for the real-world element to be just as engaging as the vividly constructed on-screen world.

Maybe you want to come and see what they’re talking about? We’re at the fantastic The Rooms Festival in Bristol today and tomorrow! Come along and play if you’re around! There are GIANT SOFT BEASTS! 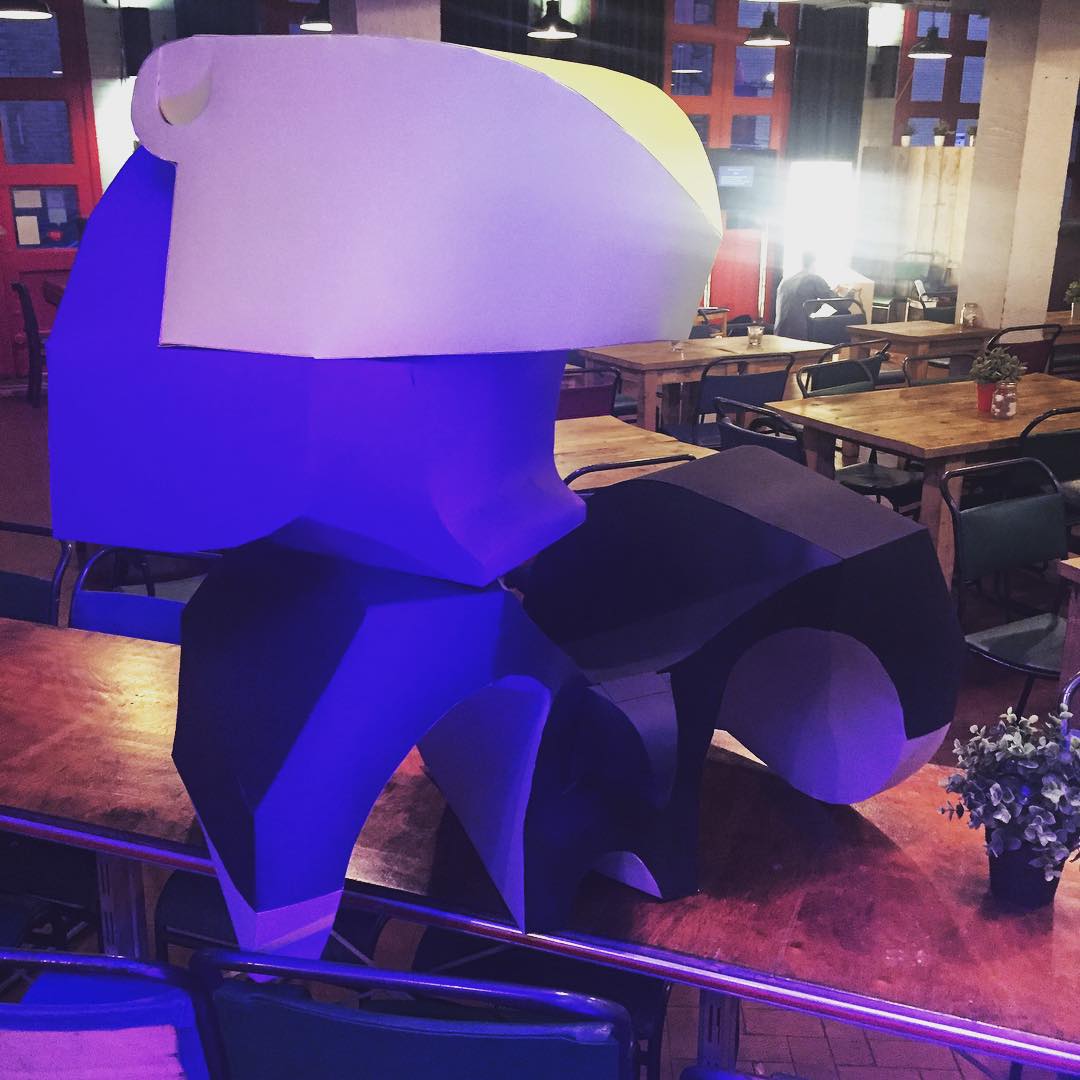