Using Beasts of Balance in Education

Beasts of Balance is a creative game. If you’ve ever had a chance to play it, this statement is no surprise – it’s a game where stacking physical artefacts has an impact on a digital world. It’s also a game where players can discover fantastical creatures, from a land-dwelling Octopus (‘Rocktopus’) to a hybrid Bear-Eagle (‘Barrigle’).

Because Beasts of Balance encourages curiosity and thinking outside of the box (literally), we hoped players would find different ways to play it. We were heavily rewarded on that front, with players quickly surpassing any high scores we managed, using stacking combinations we’d never dreamed of.

But one of the most brilliant and creative ways we’ve seen the game used has been in the hands of educators. The ingenuity with which they approached the game is amazing, and we’ve been lucky to hear some of these stories from a range of educators. The ways they’ve each used the game, from primary school to university, has been testimony to their strengths as teachers, carers, tutors and therapists – so we thought we would collate and share them with you:

Teacher of Children in Care, UK:

‘I have used Beasts in the classroom, and there’s more plans to use it more next year when we start incorporating digital skills as a bigger part of the curriculum – it links quite nicely with variables for Data and Computational Thinking. One of my pupils even uses it as a mindfulness activity, utterly absorbed in the game and focused… I teach children in care, so finding a mindfulness activity that agrees with them is great.

The other nice link is with science. Habitats and adaptations is one example, and covers evolution. We currently do an activity where pupils create a creature that is adapted to survive within a set environment.  Beasts of Balance could be used to reinforce these concepts.’ 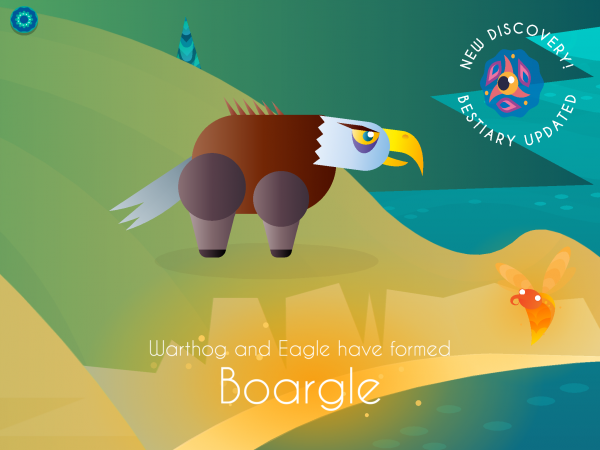 ‘I saw Beasts of Balance when it was first launched as a Kickstarter  and immediately pledged for a set, the mat and the Omnibeast. Once the campaign ended and the game was delivered I took it into my school and showed it to my class.

I gave them the most basic of instructions to explain how the game worked, and then let them explore the game. (I find that the best learning and cooperation can often be achieved when children are left to explore for themselves). The first few ‘games’ were interesting to say the least. The children quickly learnt that their score was built up of stars, and soon learnt about crossbreeds and migrations of the beasts, but the firefly feature seemed to have been overlooked by them, and new discoveries were based more on luck than judgement.

The use of the elements slowly became more apparent, and after several more games featuring lots of deaths of endangered beasts they started to develop strategies to attempt to keep their beasts alive as long as possible. Conversations began to occur based around the best element to use to make the most of the points available whilst also saving the beasts.

With the children now fairly competent with the basics of the game, I started to set new tasks for a few small groups at different times;

One of these what new beasts could they discover. The bestiary feature within the app was fantastic for showing progress of their discoveries, as I was able to screengrab the bestiary, print the images and display in class.

As new beasts were discovered, the images were updated. Discovering new beasts also led to an interesting approach to the game. My pupils were no longer playing the game, but instead using logic to evolve and migrate beasts in order to find new combinations that would result in new discoveries.

More variations of the game were introduced too:

The Randomness of elements was also introduced. Instead of pupils choosing the item they wanted to place on the plinth and stack, the choice of element was placed in the “power of the volcano” through a website called Classtools.net, where a “Random Name Generator” tool was set up that listed all game elements. A spin of the wheel, and the “volcano” had chosen the element for a child. Would that element be useful for increasing the game score? Would that element be a large bear that needed to placed on top of a small, unstable toucan? Would an elemental be chosen that could save an endangered beast?

Whilst all this was being developed, there was also the underlying function of the scoring system. Just how did it all work? Why did some beasts lose stars each time an element was placed on the plinth? Where did those loose stars go to? Why did crossbreeds contain more stars than non-crossbreeds? This is still making the pupils think. They are getting better at working out what is going on, but have not completely worked it all out. (That flittering firefly and the fire elements are still a mystery to them).

Aside from playing the game, I’ve also used it with a small group of four children who have been developing a tale based on the beasts and the world it is set in. When I have had spare time and been out of the classroom, the group of four have been collaborating on chapters of their story and now have eight chapters written, and the ideas for a ninth that we hope to have typed up and added before the end of the summer term (now completed).

Finally, with the bestiary growing on the iPad, the pupils asked about making a ‘Top Trump’ style game to play in class. They used a programme called ‘Comic Life’ and developed trading cards featuring many of the beasts. The pupils decided on a series of ‘points’ for different categories for each beast that could be used to beat other beasts, thereby earning the winning player more and more of the cards. This game has been very popular during wet breaks, and we are considering creating an ‘expansion pack’ of more beasts to enhance the game.’ 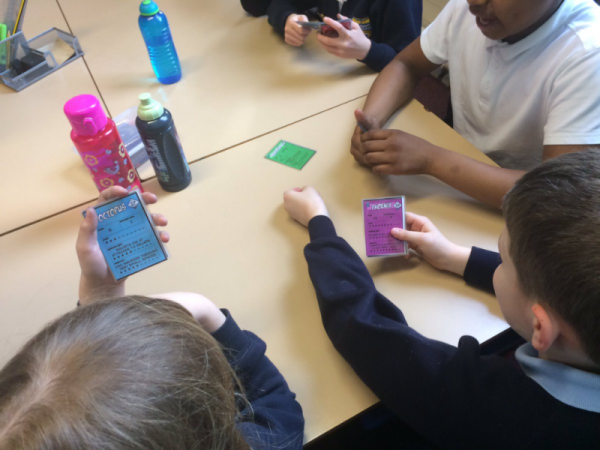 You can read more about Simon’s thoughts on Beasts of Balance, along with his handy tools (and student-written stories) here.

“I work as a technologist in the University of Manchester Library, helping staff and students use technology in their teaching and learning, as well as supporting and upskilling with technology, and have been obsessed with Beasts of Balance ever since I saw one of the developers, George, talk about it at a late night event at the V&A. I was so excited to have a prototype of the game at a DigiLab event at the University of Manchester, and I’ve been using it as a team building exercise ever since it was available to buy. I use Beasts of Balance in events and workshops as a means of getting people to work better as a team. Whether it’s a group of post graduate students who have never met before, or a long standing team of staff, the game facilitates a fun and interesting discussion between players. The collaborative aspect of the game allows people to work together, and the strategic aspects allow people to input their own ideas. I find it fascinating how each group approaches the challenge. I’ve seen people make sketches, come up with theories and one student even started coming up with equations to help his team win. Beasts of Balance is a brilliant tool for helping communication too, and the mix of the physical and digital elements really helps everyone get involved.” 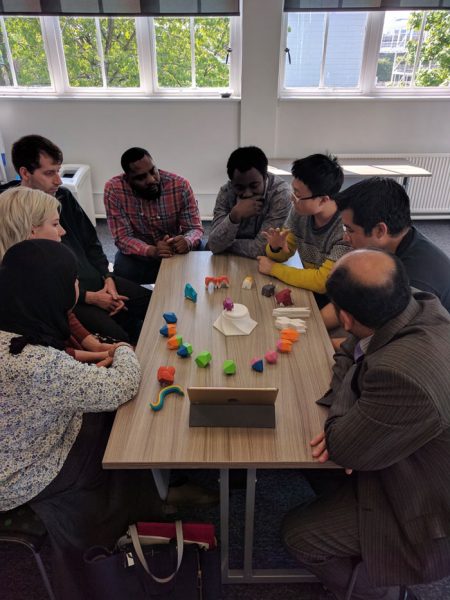 You can read more about Rosalind’s experiences in her blog post on Digilab.

As a teacher I like to take the best aspects of board games into the classroom because they are the ones that make the children communicate with each other, laugh with each other, question each other, accept mistakes, recognise how it feels to lose as well as what it means to persist.

Beasts of Balance is the latest one that we have trialled and the results so far are very positive. Why? Well it is a game of multiple dimensions for starters. Firstly, there is the challenge of working with a group to balance a tower. This means that the children have to work together on a whole manner of aspects: agreeing on the next piece to balance, accepting who is going to try and balance that piece and knowing when the group is allowed to breathe again once a piece has been securely positioned. Watching children tackle this challenge is itself a delight and an eye-opener. There are those children who will rush to select the first piece, those who will wait for encouragement from others as well as those who will act like a robotic crane as the others direct. Of course despair is always around the corner because each tower does eventually tumble, but it is always a rollercoaster and the majority of the time a new record has been set which leaves the children drained but proud.

However, as we have said this is only one aspect of this inventive game. You see alongside balancing the tower of uniquely shaped animals and attributes there is the balancing of an eco-system to tackle as well. Again, the children have to work with their group to decide on which animals to choose, which powers to use and agree on where to develop the eco-system so that every animal will flourish and new species will be discovered.  It is amazing how swiftly the children have familiarised themselves with the different features and how eager they are to identify new ones. Although they are only 6 years old, in some cases, they have quickly got to recognise how these features either enhance a creature or alter the whole environment. As expected, those pesky human emotions begin to take over as the game heats up which means that the children need to communicate with each other carefully so that everyone feels part of the team. When we first began this, as you would expect, we had many leaders who wanted their ideas to be followed and this led to multiple disagreements, multiple glares as well as many toppled towers and reddened faces. Since the group have begun to recognise the input of everyone and appreciate that all of the participants need to have a go the towers have grown as have the eco-systems. The children are listening more, supporting more, considering a greater range of options and because of this they are determined to achieve, determined to persist and a much more supportive unit who recognise the values of each individual. With many children being accused of using technology to isolate themselves from those around them it has been wonderful to see how this technology has challenged our young people to work together with one another face-to-face and where discussion acceptance, understanding, tolerance and persistence are key. 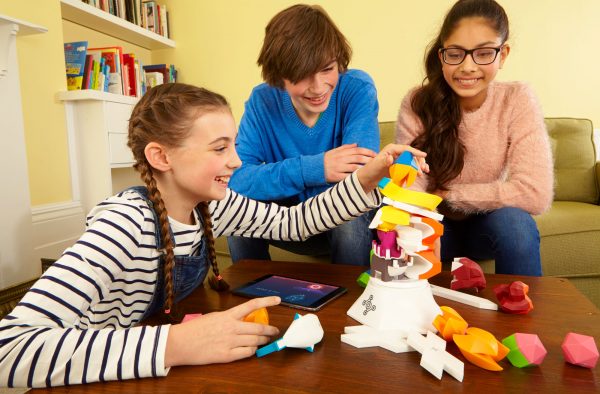 Now obviously all of these buzzwords are nothing if there isn’t any noticeable impact. Some would just deem it as platitudes and pointless play. So it is good job that we did measure the impact through various means: progress scores, work scrutiny, child interviews as well as observations. What did it show for these children who had been especially chosen? Purely and simply it was an improvement across many disciplines. Core curriculum scores improved, self-confidence was raised and the determination and stamina to fully complete tasks was particularly noticeable as was their recognition and support of others.

This unique game does what the best games have always done in that it brings tears of laughter and shouts of anguish by bringing people together to have fun.’